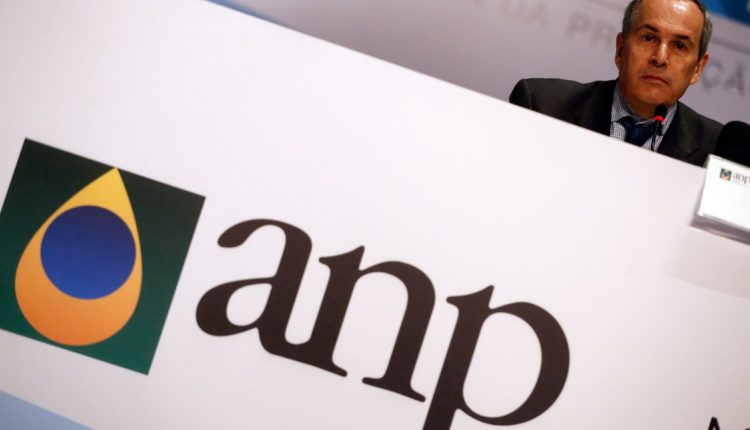 Says the modernization of Brazil’s O&G sector calls for a new type of manager, will remain in office until a replacement is named

The director general of Brazil’s powerful O&G regulatory body, the National Petroleum Agency (ANP), Décio Oddone, announced on Wednesday (Jan. 15) he would be leaving his job soon, saying the industry in the country had undergone deep transformation and now it was time for new leadership.

In a letter written earlier this month published on the Agency’s website, he affirmed the country “had finally substituted a monopoly for an industry” and that “the benefits for society in terms of investments, access to cleaner fuels, jobs, income, fair and transparent tax collections and prices will be immense.” He urged the continued modernization of his own agency to accompany the transformation.

The following is Oddone’s letter addressed to President Jair Bolsonaro and MME Minister Bento Albuquerque stating that he will anticipate the end of his term at the agency.

The oil, gas and biofuel industry in Brazil is experiencing a unique moment. In 2016, when I took over the board of directors of the National Agency of Petroleum, Natural Gas and Biofuels (ANP), the sector was going through its biggest crisis. Exploration and production required new rules. The supply and natural gas segments, twenty years after the end of the monopoly, remained concentrated. The biofuels area were born out of difficult times. The challenges were immense. More than three years later we can celebrate the success of the measures adopted under the guidance of the National Energy Policy Council (CNPE).

The set of auctions represented a milestone for the resumption of the oil and gas industry in Brazil, which is now definitely changing. With measures such as rounds, permanent supply, stimulation of the sale of mature fields and studies for the use of resources beyond the 200 mile limit, Brazil has returned to the international oil scene. And returned in style. In less than ten years it should be among the top five producers and exporters in the world.

At the same time, the main steps were taken to create an open, dynamic and competitive market in the supply and natural gas sectors. The de facto refining monopoly and concentration on the gas market is finally coming to an end. The use of biomethane has been regulated. The biofuels sector is beginning to recover. Fuel prices have been made transparent and now gasoline and diesel prices are more in line with those prevailing in the international market. Gasoline quality is being matched to international standards.

The actions taken have allowed the sector to undergo its biggest transformation. The country is finally replacing a monopoly with an industry. The benefits for society in terms of investments, access to cleaner fuels, jobs, income, fair and transparent tax collections and prices will be immense.

ANP’s management is in the process of modernization, simplification, accelerating its processes and increasing transparency. Board meetings are now held publicly and are open to the public. The issues of competitiveness, price transparency and fiscal regularity became part of the agenda. The budget is being decentralized. The necessary untying of the technical areas is under evaluation.

I never belonged to any group or had a patron. And I have always believed that a public office should be exercised only as long as the associated mission is to be fulfilled.

The process of major changes in the industry, which I have been keen to participate in, has ended with the latest auctions and the identification of the necessary actions to remove regulatory constraints and stimulate competition in the automotive fuel supply, distribution and resale sectors, aviation fuel, cooking gas and natural gas.

With this, I fulfilled the mission undertaken in 2016: to contribute with honesty, transparency and public spirit to the development of the biggest transformation ever produced in the oil and gas sector in Brazil.

A new phase begins. Now is the time to adjust the settings on this new model. As term of office does not always match the cycles of change, I believe it is time to begin the process of creating a board of directors that will approve the regulatory changes that will underpin the transformations we have begun to build. Different challenges require professionals with different characteristics. There were no changes in the composition of the ANP’s board of directors in 2019. However, three new directors should be appointed by 2020. Thus, I decided to anticipate the end of my term, which would last until December, while remaining in office long enough for approval of my replacement. In this way the first position to be appointed becomes that of managing director.

With the major transformations in the sector underway, derived from energy policy decisions, and the shift in focus from actions to the regulatory environment, I believe this is the way I can best contribute to the consolidation of the process we are going through, a project in which I believe and have been dedicated to these last  few years.”

Petrobras: In the Fight for Santos Terminals

Kickoff for the Equatorial Margin

Brazil will start discussions on joining the Organization of the Petroleum Exporting Countries during a visit to Saudi Arabia in July, its energy minister Bento Albuquerque said on Wednesday. "I have a visit to Saudi Arabia in the middle of this year, then we can start the discussion," Albuquerque told Reuters, adding that Brazil's membership in OPEC would not happen this year. Brazil's president mooted the idea of joining OPEC in October but the idea was not welcomed by industry as producers feared that Brazil would have to comply with output cuts which OPEC and other producers have agreed to. When asked if his country would cap output in line with OPEC terms, Albuquerque said: "It is a matter of negotiations, we have to start discussions.

Brazil has shown a marked increase in foreign investment over the last year, pushing it from sixth to 4th in the rankings of the main destinations for foreign investment in the world. According to a report by the United Nations Conference on Trade and Development (UNCTAD), Brazil received US$ 75 billion in external investment last year, compared to US$ 60 billion in 2018. The U.S. topped the list, attracting a quarter-of-a-trillion dollars, while China came in second with US$ 140 billion. South America as a region attracted US$120 billion, with the lion's share of that going to Brazil. The 25% increase in external investment in Brazil in 2019 is reported to have partly stemmed from the country's privatization program, which focused on the sale of subsidiaries of state-controlled companies and government shares at private firms.

Brazil President Jair Messias Bolsonaro will visit India from January 24-27 on the invitation of Prime Minister Narendra Modi to be the chief guest at the 71st Republic Day Parade on January 26. During the visit, the two leaders will hold bilateral talks followed by joint press statements on Saturday. The Brazilian president is coming with a significant business contingent and the focus would be to boost trade and economic ties between the two countries. The two-sided will also focus on converting ethanol into energy and boosting the tradition oil and gas trade.

Abengoa is moving towards resolution of the bankruptcy proceedings in which most of its subsidiaries in Brazil incurred. After overcoming at the end of 2019 the bankruptcy of its businesses related to the construction and operation of infrastructure (power lines, mainly), the next step concerns bioenergy. In this process, Mario Dedini Ometto and Adriano Gianetti Dedini Ometto are negotiating the purchase of the São Luiz plant in Pirassununga, in the State of São Paulo. Brazilian businessmen seek to incorporate a partner to present an offer, according to the Brazilian press. Abengoa Bioenergía has two electric cogeneration plants in Brazil, São Luiz and São João, in Boa Vista, also in the State of São Paulo, which use sugarcane bagasse, the raw material used in its own plants for the manufacture of sugar and ethanol.