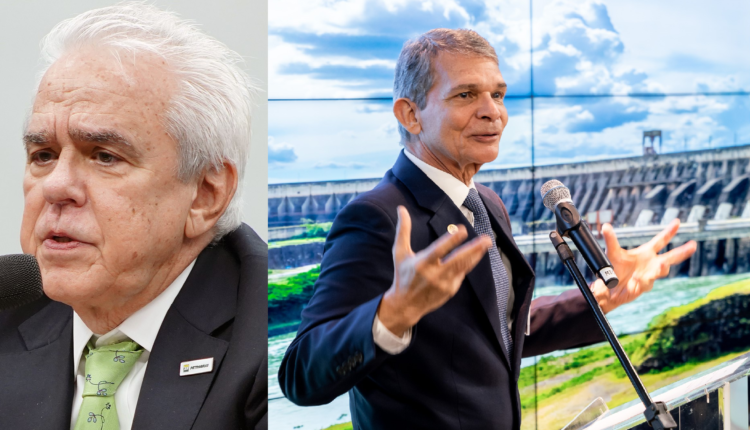 Joaquim Silva e Luna, current president of the big Itaipu binational power plant, will replace him; a controversial fuel hike angered the government and was the cause of the change

In a brief note, the Mines and Energy Ministry (MME) said Silva e Luna had been chosen to run the state-run oil company, joining the board of directors and was slated to assume Castello Branco’s job. Exactly how this might happen was still uncertain late Friday night.

Castello Branco was under pressure this week from Brazilian President Jair Bolsonaro because of recent upwards readjustments of domestic fuel prices — some four hikes since the beginning of the year, and two in the past 10 days. He said Petrobras’ refinery pricing policy was linked to international crude oil prices; the market believes Bolsonaro wants to intervene in the oil company to lower fuel costs to consumers, as a populist gesture to bolster his reelection chances in 2022.

Bolsonaro has the right to replace the CEO of the oil company, but its board of directors must still endorse such a decision. (Petrobras is a mixed public-private corporation with shares traded on the domestic B3 and foreign stock exchanges. Its share price was depressed significantly in the past two days as rumors of a possible departure of Castello Branco swirled in the market.) This left open the possibility Castello Branco would remain in the top job until the issue was decided at the board level.

The management conflict sparked market speculation that all of top management might walk out in solidarity with Castello Branco. Reuters even reported that executive management was “considering resigning en masse after the Brazilian government decided to replace Chief Executive Roberto Castello Branco, three people close to the management said, asking not to be named as the information is private.”

Silva e Luna would complete two years of office on Feb 26. Under his management, the hydroelectric plant began projects unrelated to the giant hydro plant, such as the construction of a new bridge between Brazil and Paraguay and the renovation of Foz do Iguaçu airport.

The decision to name Luna e Silva was announced after the closing of the markets in Brazil. If confirmed, he would be the first military officer to run Petrobras since 1988.

The following is the MME’s short and undetailed announcement:

“The government decided to appoint Mr. Joaquim Silva e Luna to fulfill a new mission, as board member and president of Petrobras, after the end of the two-year cycle of the current president, Mr. Roberto Castello Branco.”

“Petrobras informs that it received a letter from the Ministry of Mines and Energy, requesting measures to convene an Extraordinary General Meeting in order to promote the election and replacement of a Board of Directors member, and to appoint Joaquim Silva e Luna to replace Roberto da Cunha Castello Branco. Additionally, the Federal Government proposes, due to the last Annual General Meeting that has adopted multiple voting, that all members of the Board of Directors should be immediately reappointed in the Extraordinary General Meeting to fulfill the rest of their respective terms. The letter also requests Joaquim Silva e Luna to be subsequently evaluated by Petrobras Board of Directors for the position of CEO. Petrobras clarifies that the CEO Roberto Castello Branco and the other Executive Officers of the company have a mandate in effect until March 20, 2021. Petrobras informs that new material facts will be disclosed to the market in due course.”

Updated as of 3 p.m. Saturday, local time, reflecting uncertainty if Castello Branco will leave Petrobras immediately or not, pending a full board of directors’ recommendation.

Editor’s Note: We will be updating this story over the weekend as new developments warrant

INTERVIEW: Saipem-Brasil Is Back in the Game

The federal government has decided to increase taxes on banks, limit a tax break for carmakers and for the petrochemical sector, O Globo reports without mentioning how it got the information. Initiatives seek to offset the loss of revenue for reducing the so-called PIS/Cofins taxes on diesel and cooking gas: Tax cut for fuels will cost 3.6 billion reais in 2021, O Globo says, citing calculations by the economic team; PIS/Cofins taxes cut on diesel will be valid for two months, and will be permanent for cooking gas.

Nextracker™, a Flex company, announced that it has been selected by leading Brazilian EPC firm Andrade Gutierrez and developer Elera Renováveis (formerly Brookfield Energia Renovável) to supply 830 MW of its world-leading solar tracker technology, NX Horizon™ for Phase I of the Janaúba solar complex located near the city of Janaúba, Minas Gerais, Brazil. When completed, the plant will be the largest of its kind in South America and is scheduled to become operational by early 2022.

Brazil's Renovabio biofuels program is entering its second year with growing prospects for Cbio carbon credit trading. BP Bunge Bioenergia's commercial director Ricardo Busato Carvalho talked about the outlook for the program and the company's plans to further reduce its carbon footprint. “The first year of Renovabio was excellent in our view. BP Bunge sold all the Cbios its 11 mills generated in 2020, and we actively participated in the market to help guarantee liquidity and that the target would be reached. Fuel distributors fulfilled their obligations under the program, but some buyers that were not required to purchase the carbon credits also purchased Cbios. This is interesting because it provides even more impetus for players that are not in the fuel distribution sector to have a cleaner carbon footprint, which further strengthens the initiative.”

The Biden administration is calling for action in order to stem climate change for a wide range of sectors, and that of course includes buildings and transport as major emitters. It’s going to require the rapid implementation of innovative new ideas and products. Enter ready-to-roll – literally – “organic energy company” GO-OPV. All the products and applications are manufactured by GO-OPV from organic film printed by Brazilian company Sunew. The product is a thin film called ORENgE that can capture any light and convert it to clean energy in a more efficient way than traditional solar panels. The panels are thin, flexible, ultra lightweight, and can be used both vertically and horizontally.