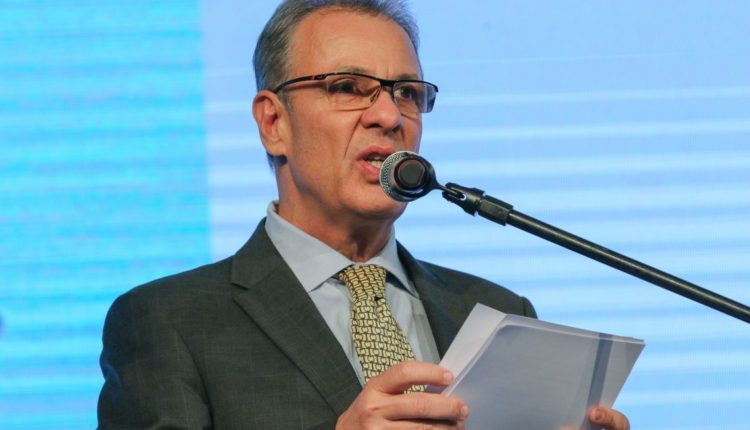 Move comes in wake of sky-rocketing fuel prices on the part of the federally-controlled Petrobras oil company that Pres. Bolsonaro has roundly criticized in recent weeks

President Jair Bolsonaro announced the change in command of the Ministry of Mines and Energy (MME) in the early hours of Wednesday (May 11) through a notice in the federal gazette.

It came amidst growing dissatisfaction of truck drivers by Petrobras’ 8.87% readjustment in the price of diesel fuel.

According to a statement published by the MME, “former Minister Bento Albuquerque participates that the decision to leave the Ministry of Mines and Energy was of a personal nature and taken in a meeting between him and the President in a consensual manner.”

In his place, the president chose Alfredo Sachsida, who was part of Economy Minister Paulo Guedes’ team as a special advisor to the Ministry of Economy. The nomination was published in the DOU of this Wednesday (11).

Sachsida has a Bachelor’s degree in Law and a Master’s and PhD in Economics from the University of Brasília (UnB). Before joining the Ministry of Economy, he was a researcher at Ipea between 1997 and 2018. In his LinkedIn profile, the newly appointed minister presents himself as a loyal follower of Economy Minister Paulo Guedes’ liberal primer. On one occasion, he declared that the minister was “the best that has ever passed through the Ministry of Economy in all of Brazilian history.”

The exoneration was decided late Tuesday night and quickly published in this Wednesday’s edition of the Diário Oficial da União (DOU), the federal gazette.

The change was made after recent strong criticism from the president about the pricing policy of Petrobras, the powerful state-owned oil company linked to the portfolio.

According to local media reports, on Twitter, Sachsida posted a message of thanks to Bolsonaro, to Guedes, Minister of Economy, and to Albuquerque.

“I thank President Jair Bolsonaro for his trust, Minister Guedes for his support, and Minister Bento for his work on behalf of the country. With a lot of work and dedication I hope to be up to this, which is the greatest professional challenge of my career. With the grace of God we will help

Bolsonaro cited Albuquerque and Petrobras president José Mauro Ferreira Coelho in a sharp complaint on May 5 about the price of diesel fuel:

“You can’t, Minister Bento Albuquerque and Mr. José Mauro, from Petrobras, you can’t increase the price of diesel. I am not appealing, I am making a statement taking into account the abusive profit that you have. You can’t break Brazil. It is an appeal now: Petrobras, don’t break Brazil, don’t increase the price of oil. I cannot intervene. You have profit, you have fat and you have the social role of Petrobras defined in the Constitution,” he said.

According to the O Globo newspaper in Rio de Janeiro, the resignation of Albuquerque took the top echelon of Petrobras by surprise. Board members and directors debated how to react to possible new interference in the company and possible changes in the pricing policy. Part of the government was also taken by surprise, the newspaper reported.

​​BEHIND THE NEWS: Petrobras Assesses Impacts of War and the Pandemic

South America’s latest oil-producing nation, the former British colony of Guyana, is continuing to lay the groundwork for its oil boom. In 2015, global energy supermajor ExxonMobil, which is the operator holding a 45% working interest, and partners Hess with 30% and CNOOC holding 25%, made their first discovery in offshore Guyana in the 6.6-million-acre Stabroek Block. The Exxon-led consortium then went on to make a swath of high-quality oil discoveries with the latest occurring in April 2022. Exxon found oil with the Barreleye-1, Patwa-1, and Lukanani-1 wells which were drilled in the southeast of the Stabroek Block. That is five oil discoveries since the start of 2022 and a total of 31 finds since Exxon started drilling in the Block.

Brazil's antitrust watchdog CADE said on Friday that the sale of state-run oil company Petrobras' Reman refinery to fuel distributor Atem was approved with no restrictions. Reuters had reported the regulator's approval of the deal on Thursday, citing sources. Petrobras had announced in August 2021 an agreement to sell the refinery, which is located in the northern state of Amazonas, for US$189.5 million.

A group of farmers' representatives from several sugarcane-growing states in India will travel to Brazil to study ethanol production and use and submit a report to the government. The delegation will also include members from the private sector and government authorities, and it is slated to depart soon. The study team will also include farmer leaders from Maharasthra and Uttar Pradesh, according to Kurubur Shanthakumar, President, Karnataka Sugarcane Cultivators Association, who is one of the delegates. "We have repeatedly urged the government to implement an ethanol policy that will boost ethanol production and help farmers." Mr.Shanthakumar stated.

This website uses cookies to improve your experience while you navigate through the website. Out of these, the cookies that are categorized as necessary are stored on your browser as they are essential for the working of basic functionalities of the website. We also use third-party cookies that help us analyze and understand how you use this website. These cookies will be stored in your browser only with your consent. You also have the option to opt-out of these cookies. But opting out of some of these cookies may affect your browsing experience.
Necessary Always Enabled

Performance cookies are used to understand and analyze the key performance indexes of the website which helps in delivering a better user experience for the visitors.

Analytical cookies are used to understand how visitors interact with the website. These cookies help provide information on metrics the number of visitors, bounce rate, traffic source, etc.

Advertisement cookies are used to provide visitors with relevant ads and marketing campaigns. These cookies track visitors across websites and collect information to provide customized ads.

Other uncategorized cookies are those that are being analyzed and have not been classified into a category as yet.